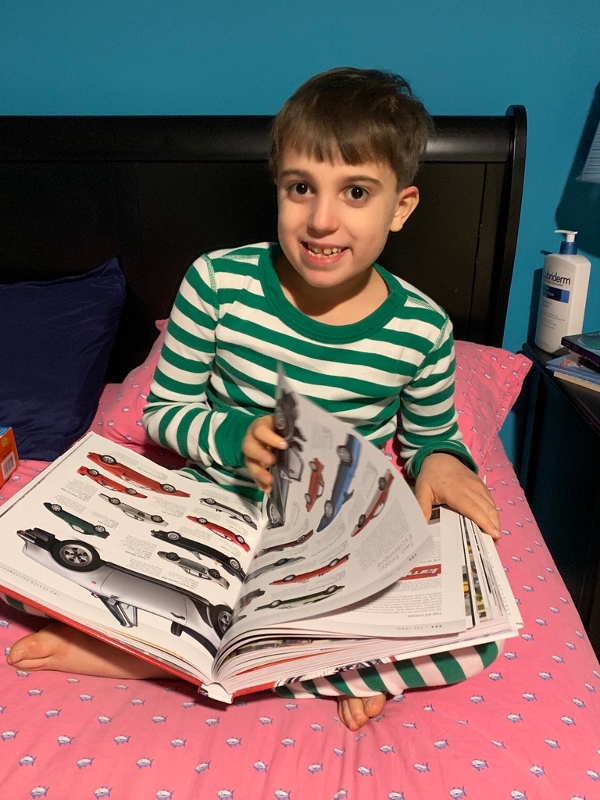 WELCOME TO THE FUNDRAISING SITE FOR LEO’S LIONS!

Welcome, everyone! We were overwhelmed by your support in 2019, and want to thank you, again, for the generous donations. The walk was such a tremendous success that we're doing it again! Please join us in DC on April 18, 2020, for the Walk to End Epilepsy. We hope to have another large crowd of Leo's Lions out on the National Mall to walk in support of epilepsy research and to host anyone who’s interested at a celebration at our house afterwards. If you can't be in DC, but have the means, we ask you to consider supporting epilepsy research by making a safe and secure donation here on our fundraising site. Giving to the Epilepsy Foundation supports vital research for the 3.5 million people in the U.S. who are living with epilepsy and seizures.

àTo Walk with Us in DC: click “Join our Team” above. You must set up an amount to fundraise, but you can cover that donation yourself if you want (i.e. fill in the blanks to commit to raise $25 and then contribute $25 yourself). Any amount is welcomed, but you need not give anything at all to walk with us (i.e. fill in the blanks to raise $0)! Note: the Epilepsy Foundation will give t-shirts to all who raise/contribute $50 (if the t-shirt is your thing😊).

àTo Donate Without Walking: click “Donate Here” above to contribute whatever amount makes sense for you!

For those interested, background on Leo's and our journey is below.

For those of you new to our journey, our son Leo lives with epilepsy. His first "big" seizure happened in the middle of the night while we were on vacation when he was four years old. There were good months and bad since his initial seizure. Most medications were unable to control his seizures for long. In 2018, over the course of several months, Leo’s seizures became uncontrolled, mostly in his mouth and during sleep. He lost the ability to eat, which resulted in weight loss so severe he had a feeding tube surgically inserted to keep him nourished and hydrated. While recovering from surgery, Leo lost the ability to speak and process sound as well as most of his fine and gross motor function. He was diagnosed with Landau-Kleffner Syndrome (LKS), a rare and devastating form of epilepsy that causes severe regression. Seizures essentially wiped out the neurological connections in Leo’s brain, leaving him unable to care for himself or attend school.

Leo was in this fragile state for about 8 weeks. With the help of our amazing doctors at UVA, in October 2018, an aggressive treatment stopped his regression. It's been a long road to recovery - Leo's doctors equate what he went through to a traumatic brain injury - but now Leo is talking, eating, riding his scooter, and back in school.

In August 2019, we got the best new of all: Leo had his first ever clear EEG! The medications are working. Finally stable, Leo has re-learned much of what he lost and he’s gaining new skills every day. Leo still has a long way to go in his recovery, but compared to 2018, it is whole new world. Regression is always possible, but we remain hopeful that his seizures will stay controlled and his epilepsy will not cause any further damage.

Very little is known about LKS. The research is old and limited. Fortunately, a team at the Mayo Clinic trialed a medication not typically used in seizures to stop LKS-related regression. We learned about the trial and suggested it to Leo’s team. They researched and agreed to prescribe it for Leo. The new medication stopped his seizures when nothing else we’ve tried has. This is why we walk and why we ask for your donations. We’ve seen first-hand how life-changing epilepsy research can be.

We've said it before: we are lucky. Leo is mega-tough. (Lion-tough!) And we have an amazing village of doctors, teachers, friends, and family that are beyond supportive. Thank you for being part of our village and for supporting the Epilepsy Foundation in its fight to overcome the challenges of living with epilepsy.