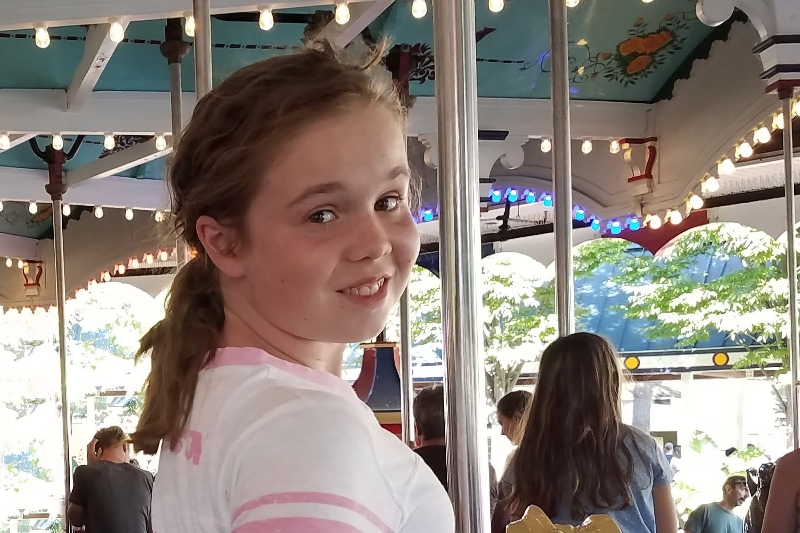 As many of you might know, our 13-year old daughter Ashley died on October 11, 2019 from SUDEP (Sudden Unexpected Death from Epilepsy). We are still devastated by her loss and searching for answers for why Ashley was taken so young, so soon, and without us having the chance to say goodbye to her.

Ashley battled epilepsy with everything she had since the age of 3. Over the years, she tried five different medications in an effort to try to stop her seizures. With limited success from the medications, we searched for other methods to stop her epilepsy. Ashley underwent four different brain surgeries in 2011, 2017, 2018, and 2019. Each surgery provided temporary success, but the seizures persisted. Ashley battled epilepsy like a champion through all of this and was truly our superhero. Even with all the challenges that Ashley faced, she lived a "normal" life. She didn't let epilepsy keep her from doing what she loved.

On October 11, 2019, just two months after Ashley's final surgery in August 2019, we went into her room to wake her up for school like usual. But this time Ashley did not wake up; within a matter of seconds, we knew it was too late. It is impossible to fully describe what that moment was like--the devastation of losing Ashley, the realization your life has been irreversibly changed, and the desire to wake up from the worst nightmare ever. We hope no parent ever has to experience what we did with Ashley that morning. She was as happy as she had ever been...she was doing well in school, she had Chick-Fil-A on her last night with her dad, and she was doing great in softball, basketball and volleyball. And then, just like that, she was gone...with no explanation or warning and without us getting to say goodbye to her. Our lives were forever changed and we have a gaping hole in our hearts that can never be filled.

Since that day, we have been searching for some way to bring meaning to all of this and to create something positive from this tragedy.  Ashley’s story is why we have joined the Walk to End Epilepsy. Our goal is to help raise as much money as possible for research, raise awareness about epilepsy and SUDEP, and keep Ashley's memory alive. We hope and pray that by doing this, we will help other families avoid the tragedy of losing a loved one to epilepsy. We hope to END EPILEPSY and END SUDEP.

For anyone that is interested in donating to a great cause that is near and dear to our hearts, please click on the link above. Every donation matters and makes a difference.

If anyone wants to walk with us, all are welcome to join on April 18, 2020 in Washington DC.